Kinase-mediated protein phosphorylation is a central mechanism for regulation of cellular responses and phenotypes. While considerable information is available regarding the evolutionary relationships within the kinase family, as well as the evolutionary conservation of phosphorylation sites, each aspect of this partnership is typically considered in isolation, despite their clear functional relationship.

As expected, greater evolutionary distance between species was generally associated with lower probability of KPSP conservation, and only a small fraction of KPSPs were maintained across all species, with the vast majority of KPSP losses due to the absence of the phosphorylation site. This supports a model in which a relatively stable kinome promotes the emergence of functional substrates from an evolutionarily malleable phosphoproteome. 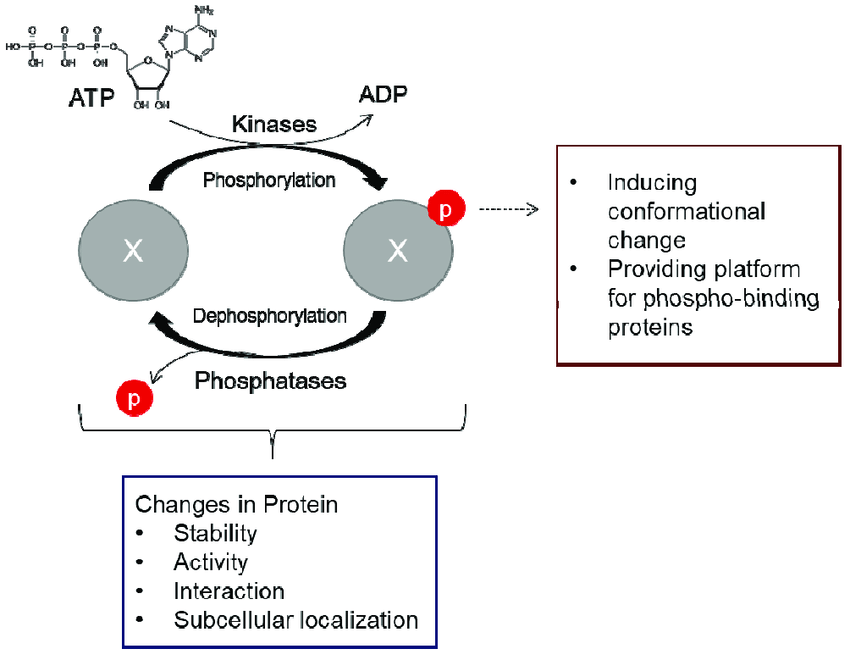 In terms of frequency and functional consequences, kinase-mediated phosphorylation is arguably the most important post-translational modification of proteins. For example, in human, 518 protein kinases catalyze an estimated 100,000 phosphorylation events.

That such a significant portion of the proteome is modified via phosphorylation, often with pivotal roles in the regulation of protein function and subsequent phenotypes, supports the notion that changes in patterns of kinase-mediated protein phosphorylation have the potential to contribute substantially to evolutionary phenotypic variation, and, more specifically, to the molecular diversity from which organisms evolve