Reversible protein phosphorylation, principally on serine, threonine or tyrosine residues, is one of the most important and well-studied post-translational modifications. Phosphorylation plays critical roles in the regulation of many cellular processes including cell cycle, growth, apoptosis and signal transduction pathways.

Phosphorylation is the most common mechanism of regulating protein function and transmitting signals throughout the cell. While phosphorylation has been observed in bacterial proteins, it is considerably more pervasive in eukaryotic cells. It is estimated that one-third of the proteins in the human proteome are substrates for phosphorylation at some point. Indeed, phosphoproteomics has been established as a branch of proteomics that focuses solely on the identification and characterization of phosphorylated proteins. 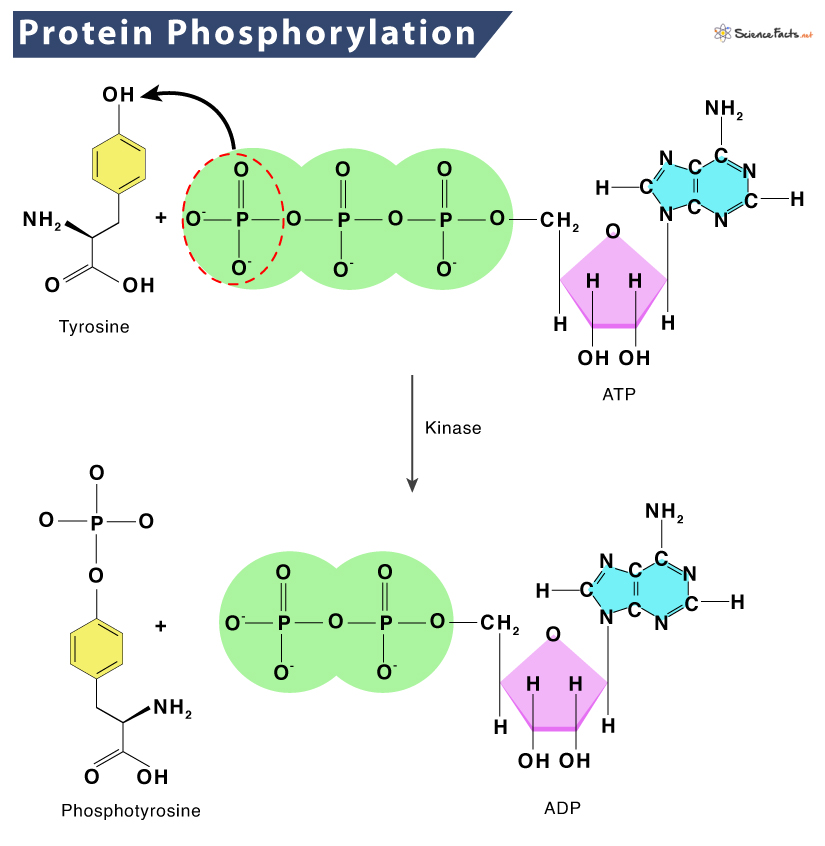 While phosphorylation is a prevalent post-translational modification (PTM) for regulating protein function, it only occurs at the side chains of three amino acids, serine, threonine and tyrosine, in eukaryotic cells. These amino acids have a nucleophilic (–OH) group that attacks the terminal phosphate group (γ-PO32-) on the universal phosphoryl donor adenosine triphosphate (ATP), resulting in the transfer of the phosphate group to the amino acid side chain.

This transfer is facilitated by magnesium (Mg2+), which chelates the γ- and β-phosphate groups to lower the threshold for phosphoryl transfer to the nucleophilic (–OH) group. This reaction is unidirectional because of the large amount of free energy that is released when the phosphate–phosphate bond in ATP is broken to form adenosine diphosphate (ADP).